Book Direct with the Owner at Corrimal Beach with Attractions in Corrimal, for all your Attraction and travel needs.

Corrimal Beach is 1.4 kilometres long and backed by fenced sand dunes, grassy reserves and caravan park. Holiday makers and local's alike enjoy this beach as it is long and private. A small lagoon proves popular with children for shallow paddling. Corrimal is located six kilometres north of Wollongong's central business district. Corrimal Beach is only patrolled from the commencement of the NSW school holidays in September until the end of the April school holidays. North Wollongong Beach is the only beach in the area that is patrolled all year round. Corrimal Beach is a time share dog beach. Time sharing zone allows access on the beach on leash in summer before 9am and after 6pm and in winter before 9am and after 4pm. East Corrimal Beach, located to the north, is an off lead dog friendly beach. Once past the lagoon on Corrimal Beach this dog friendly area begins. 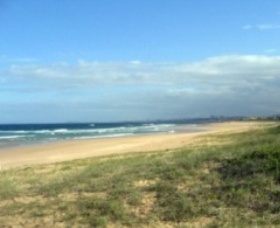 Attractions welcomes Corrimal Beach in Corrimal NSW, we offer an experience that takes you on a journey of a life time in Corrimal. For all your attraction and things to do, book your adventure today.

Is Corrimal Beach in Corrimal your property on Attractions, please claim your listing and subscribe to update your contact details and receive your phone calls and emails from your clients.