Book Direct with the Owner at Capitol Theatre with Attractions in Haymarket, for all your Attraction and travel needs.

Disney and Cameron Mackintosh invite you to let your imagination take flight as you step into the magical world of MARY POPPINS.

Brilliantly adapted from the beloved books by Australia’s own P.L.Travers and the classic 1964 Walt Disney film, MARY POPPINS arrives at the Capitol Theatre Sydney in April 2011 for a strictly limited season.

MARY POPPINS has captured the hearts of millions since premiering on the West End and Broadway, and now Australians can experience the unforgettable songs,stunning choreography and unsurpassed stagecraft of this extraordinary theatrical event.

Would you like to find out more about the fascinating history and unique architecture of the Capitol Theatre? Book a tour!

Our knowledgeable tour guide will take you on the Capitol’s journey over the last century from hippodrome to picture palace to rock venue to finally become a world-class musical theatre venue - it’s quite a story.

You’ll have the opportunity to experience the beautiful atmospheric auditorium and observe the quirky architectural elements of John Eberson’s theatrical design vision. You’ll also gain an insight into just what it takes to stage a major musical production. 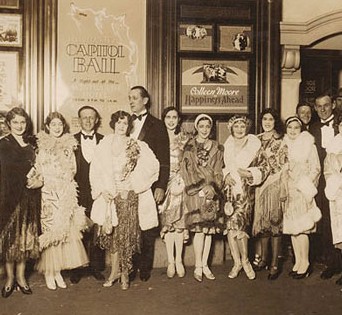 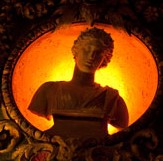 Attractions welcomes Capitol Theatre in Haymarket NSW, we offer an experience that takes you on a journey of a life time in Haymarket. For all your attraction and things to do, book your adventure today.

Is Capitol Theatre in Haymarket your property on Attractions, please claim your listing and subscribe to update your contact details and receive your phone calls and emails from your clients.