Book Direct with the Owner at Dendy Cinemas with Attractions in Newtown, for all your Attraction and travel needs.

For over 30 years Dendy Cinemas has screened the best in quality cinema across the east coast of Australia.

In addition to its involvement in the Bridgeway Cinema and Tauranga Cinema in New Zealand, Dendy Cinemas operates 24 screens across its Byron Bay, Brisbane, Canberra and Sydney (Newtown and Circular Quay) locations, and remains the home of quality 2D and 3D cinema.

As well as its core film programming, the company is also home to a vibrant arts program of opera, theatre and ballet productions from some of the world’s finest companies.

Partnerships with some of the country’s most exciting film festivals showcase a range of exclusive content, while the company’s sponsorship of events such as the Sydney Film Festival’s Dendy Awards, Tropfest, and NIDA Week help support the local filmmaking community. 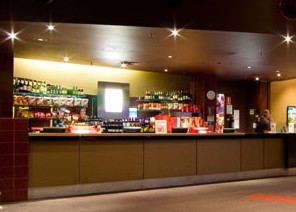 Attractions welcomes Dendy Cinemas in Newtown NSW, we offer an experience that takes you on a journey of a life time in Newtown. For all your attraction and things to do, book your adventure today.

Is Dendy Cinemas in Newtown your property on Attractions, please claim your listing and subscribe to update your contact details and receive your phone calls and emails from your clients.