Book Direct with the Owner at Palace Verona with Attractions in Paddington, for all your Attraction and travel needs.

Antonio Zeccola's involvement in film dates back to the 1960's where his first foray into the motion picture industry was (like his father's before him) a rented town hall screening films to small but enthusiastic audiences.

His obvious passion and commitment translated into success very quickly and by the mid to late 1970's Antonio operated a number of suburban cinemas including The Metropolitan in Brunswick, The Roma in Bourke Street and The Palace in Bourke Street from which the group derived its current corporate identity as Palace. 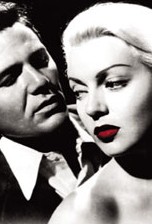 Attractions welcomes Palace Verona in Paddington NSW, we offer an experience that takes you on a journey of a life time in Paddington. For all your attraction and things to do, book your adventure today.

Is Palace Verona in Paddington your property on Attractions, please claim your listing and subscribe to update your contact details and receive your phone calls and emails from your clients.